The story behind the WTF?! smash hit ! 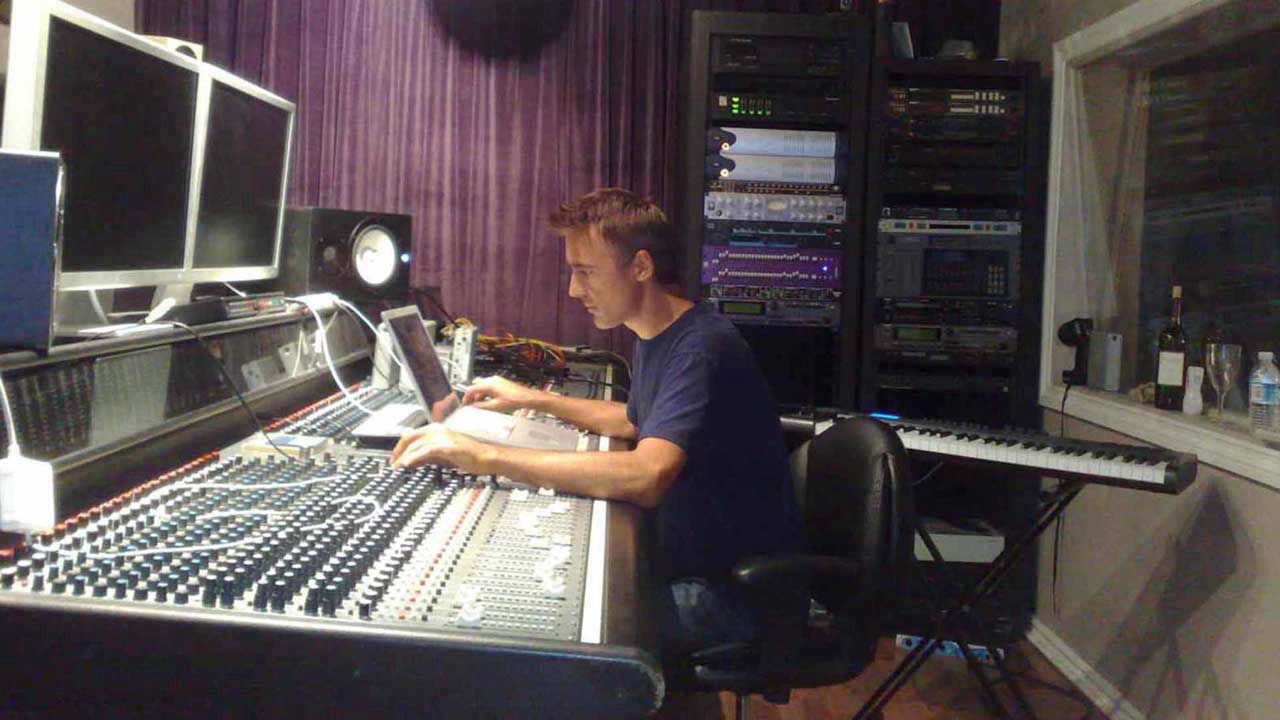 As I did every year around November, i was in LA always hanging out in the studio. I came across this new monster synth sound that was pretty popular at that time. it actually was a preset collection for the Massive Synth, sent to me by commercial email.  I bought the presets for $10 and started to jam with it. I decided to make a track out of it , which was surprisingly done easy and fast.  The entire track took me less than one hour to make.

Every day and night I was at a friends studio in Hollywood, the Future Sound Studio from Rene van Verseveld ! While jamming with the new sounds, I just recorded the bass line to start a demo.. I realized I still needed a melody , and I took an old melody that I wrote in some months ago

I was lucky the melody did fit perfect with the bass sound. It was like a puzzle putting stuff together.  I had put my best kick under it with some beats and FX , and the entire track was ready to go. I tested the track for the first time in the Avalon club in LA and the place went nuts.  Than I knew I had a hit in my hand. Later Nicky Romero heard the track as a promo. he really loved it and asked to use it for his new label.  and I gave him the song but under one condition only, that he could put his name on it , if in trade for a list of shows in Ibiza and the USA. 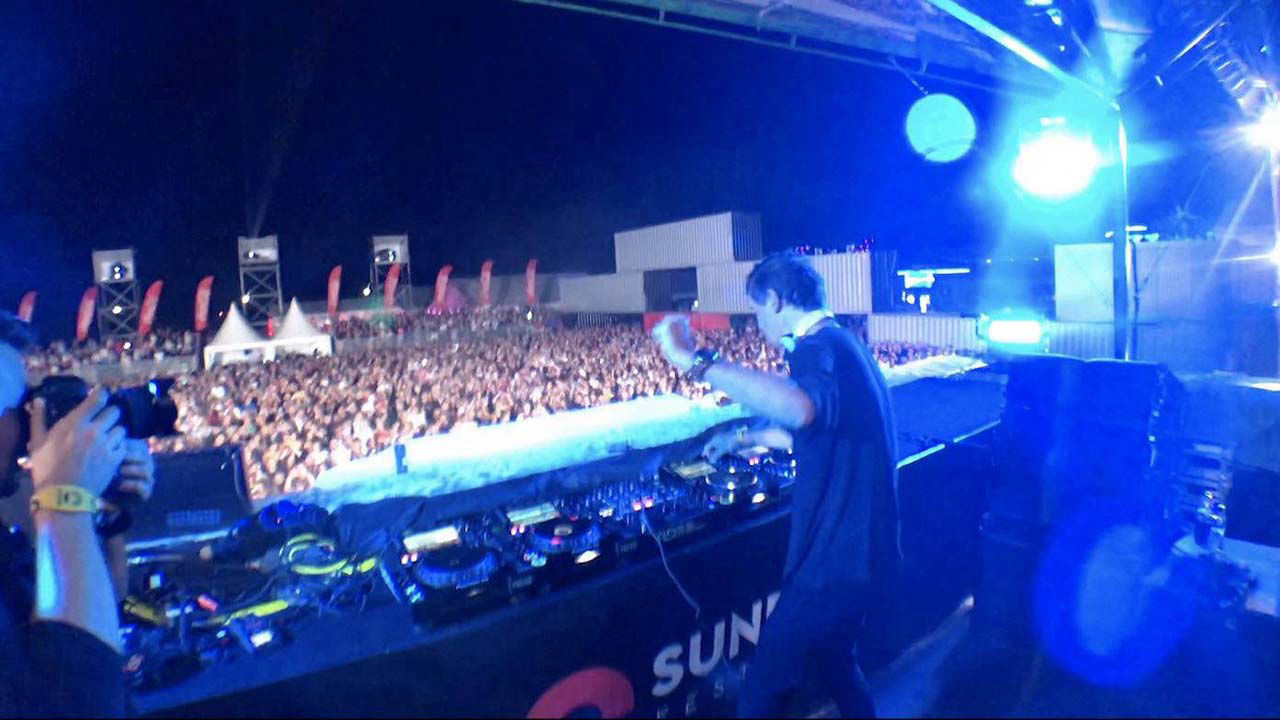 It was Saturday , and i had to get ready to play in the Avalon.  I still had about 4 hours left before I had to be in the club for the show. I had no idea yet what I was going to play at the party . And I had no idea yet what I was going to work in the studio. Meanwhile there was still a lot of noise in the studio from the other rooms. I was in the main room , the big room studio with the biggest speakers. And next room was Bruno Mars, and making a lot of noise with his friends. He was there day and night as well. I saw Bruno often walking in the hall to the kitchen and we spoke always a few words about how it is going in the studio. The guys were cool and we were all there for the same reason. Making music. The walls were thick but I could still hear every note they banged for hours. It was always funny that few weeks later I heard these tunes on the radio when they released their tracks.
It was still early around 11 PM so I had a good 4 hours , before I had to hurry to the club. I checked the first 5 presets quickly and jammed some bass line melody to it.  I heard the sound and the smile on my face was not to describe. This was exactly the kind of sound I was looking for.  Some kind of monstersound created by synthesizers. Very actual. And precisely the feel I was looking for.  My idea was to use the monster baselines , but with a great fantastic sounding housebeat. That would be something that could conquer the world right now.  I knew it , but I had to search for it. I knew exactly what I was looking for. This was hot ! 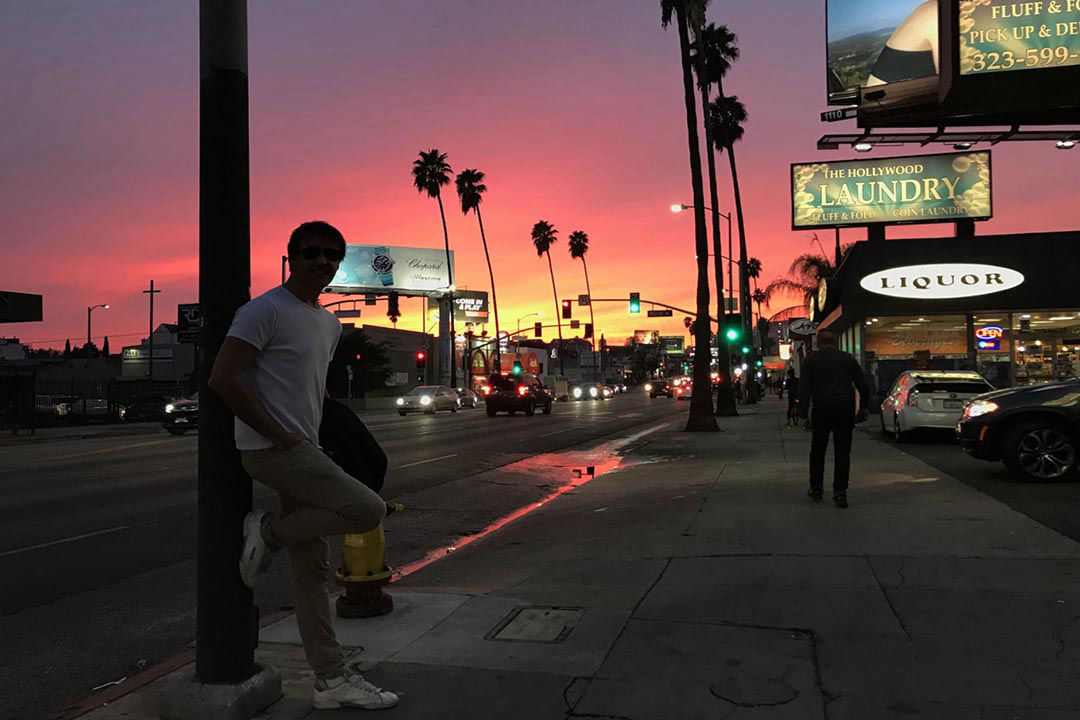 Walking everyday from home to the studio right at the corner of Sunset in Hollywood!

I arrived on bass patch number 6 , and played a jam with it. And it sounded great. Than I arrived on bass patch number 7 , etc and so on. But than. When I came around bass patch number 10 . Something happened.I heard the most incredible bass sound I ever heard It sounded like a huge BLOB and everything destroying BASS SOUND.  I played the keys , and I just heard BLOBBB BLOBBB BLOBBBB, .And I was BLOWN away !  I thought OH MY GOD ! I just discovered a world monster ! If I will play this tonight in the club , the place will be shocked like they never heard before  The audience is not going to survive this ! I got to do this NOW !  I looked at the clock and it was just after 11PM still. Which was still ear;y , so I had plenty of time to create a track before I had to go to the club. 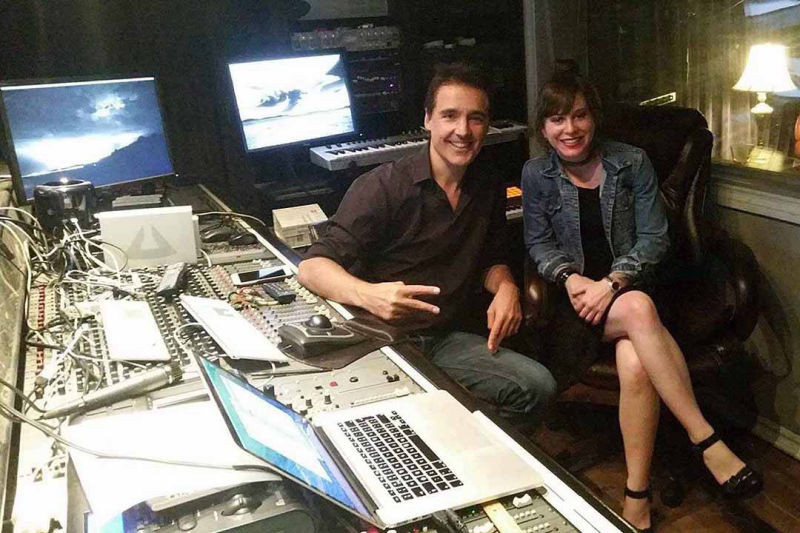 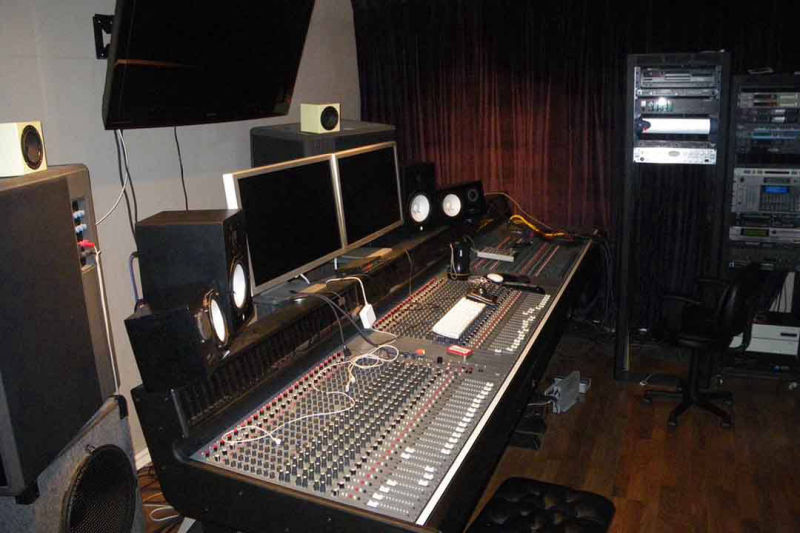 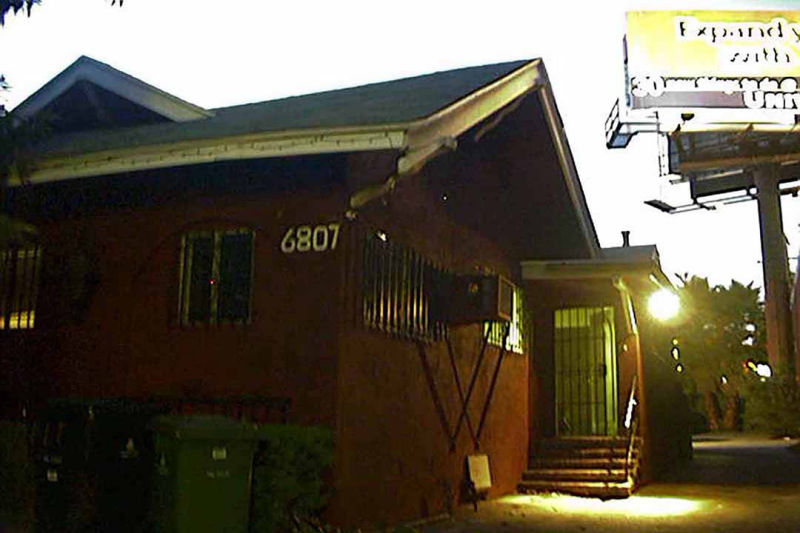 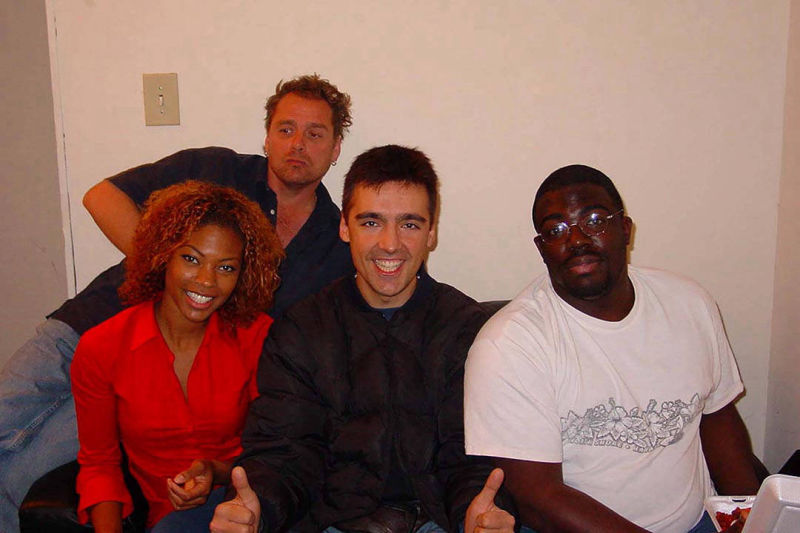 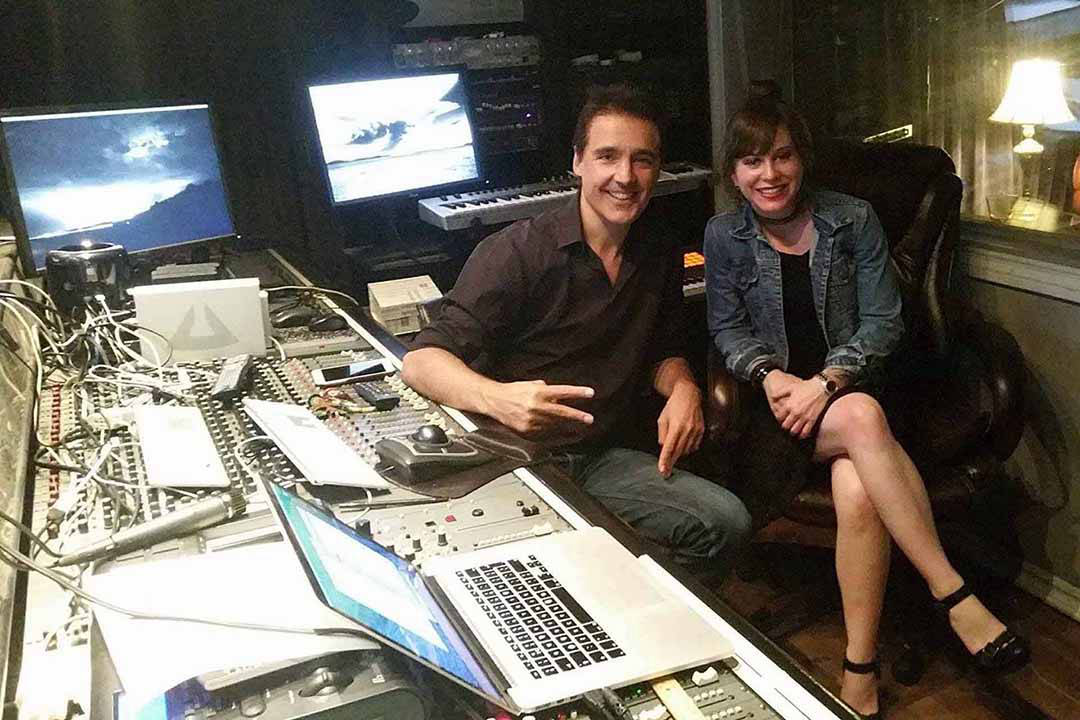 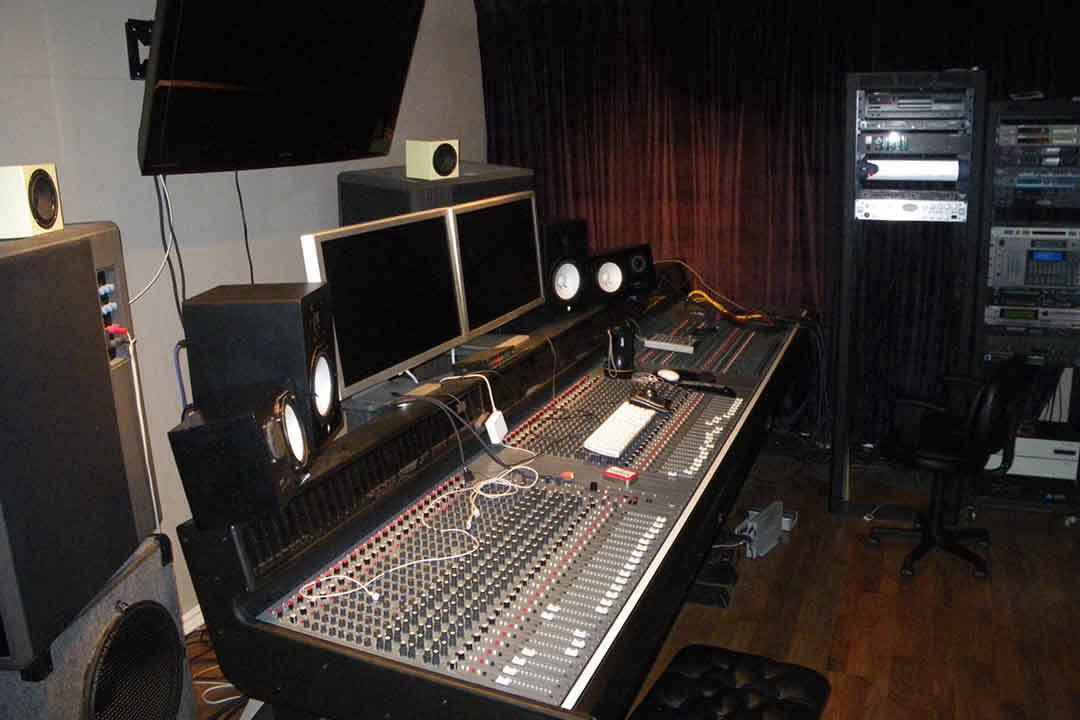 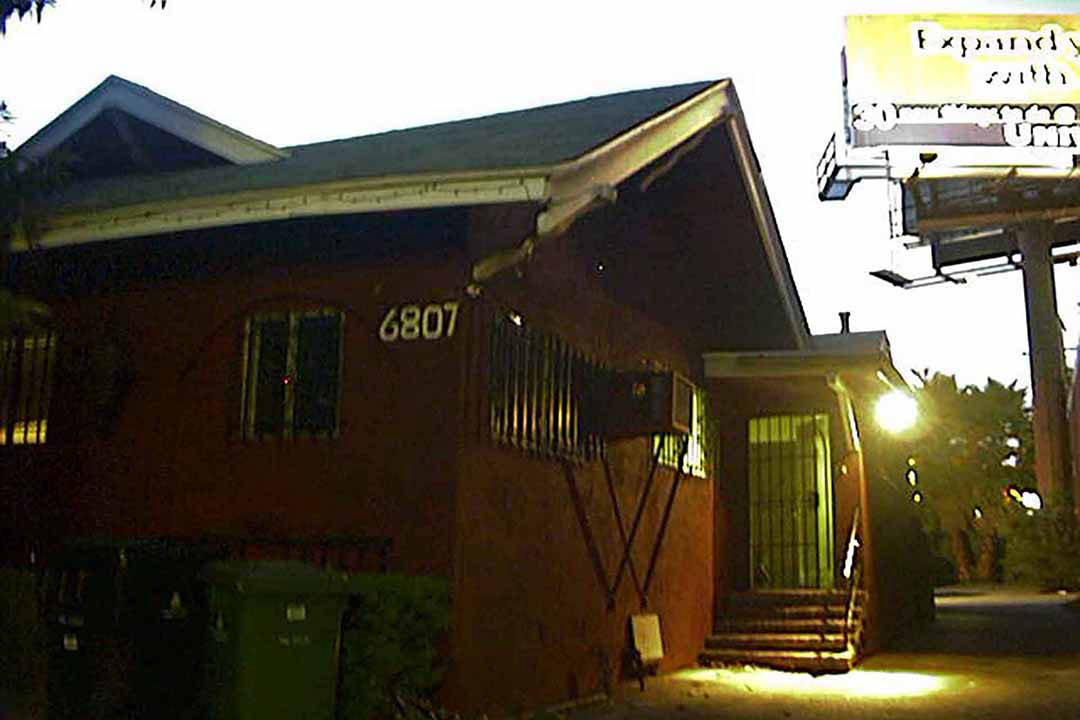 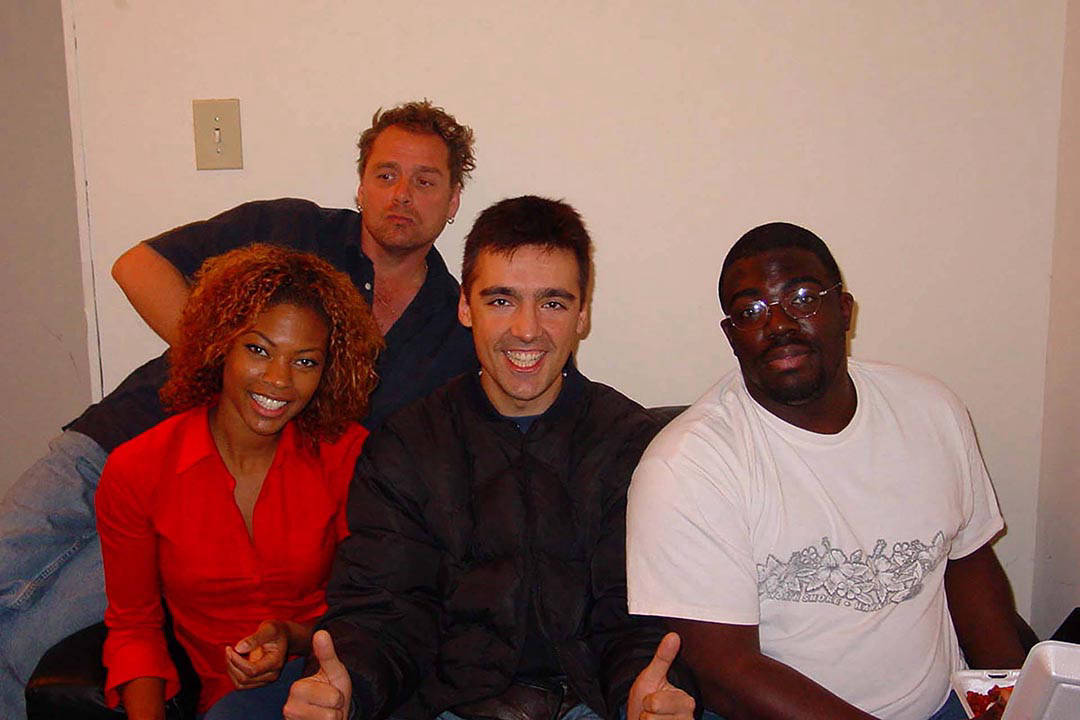 Right now I had the Kick , the clap , the groove,the melody and the huge Bass line ! I replayed the recording again a few times to listen what just happened to me. , I finished the demo into a track so I could play this in front of the crowd in the club later that night at 3 AM ! They are all going to be blown away ! And it will be amazing.

I was able to finish the entire song within one hour including arrangement for a 4 minute version. to play at the club. I still had some time left to make 3 more tracks with similar sounds. I ended up with 4 new tracks that night.

The clock said 2:45 AM . I still had 15 minutes to hurry up to the club and be there exactly in time to start my set at 3 AM in front of the audience in the sold out club. Erick Morillo just finished his set and i was playing right after him to close the night.

I was standing in front of the packed dance floor with over a 1000 people in front of me and in a few seconds the bass was going to drop .

I had been working for years on a breakthrough and this was the big moment. This was the big track I knew that could conquer the entire planet and dance scene at that time ! I started my set with some great pumping tracks to set the vibe and after 30 minutes i decided it was time to drop the monster, Now it was time to mix in the intro and the melody break, Than the snare buildup reached the end of the bar. And nothing was going to escape it. The big drop was going down any second now. …. and BOOOMMMMMMMM !!!  The audience went nuts on the dance floor. The very first time playing the track was a fact, People came to me asking what just happened and what in the world was that song. I said it just came fresh from the studio ! I smiled and i knew this was just the beginning.

Later back  in Amsterdam i showed the track to Delmundo, a good old friend of mine who did my managment at that time, he loved the track but told me i should add a vocal. Than the next day i returned with a new version including a vocal. I added some crazy old movie vocal sample that i found in an old folder i had somewhere, and it worked out well, and he loved it, and said it was perfect now, and he promised the track was going to make history ! The song was now ready to sent out as a promo, and was immediately played by all top 10 dj's at that time : Tiesto, Calvin Harris, SHM, Hardwell, David Guetta, Armand van Helden, Avicii, Nicky Romero, and many more deejay's worldwide. A club hit was born !

Years of work finally came to a result and it was great to see !

Spinnin Records wanted to release the track, but in the end the track was released by Protocol Records with Nicky Romero, because he offered and promised a deal including a tour for me, which was my main goal : The WTF tour ! 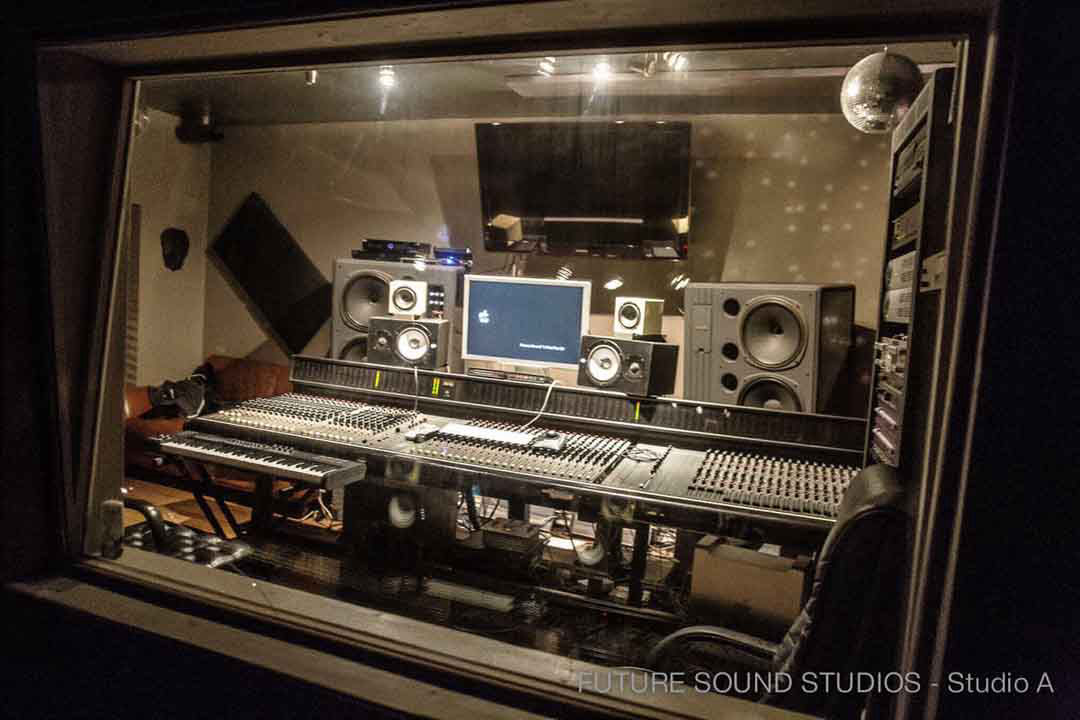 Every day and night i was at the "FUTURE SOUND STUDIO'S"

Use this office phone and adress for ZROQ bookings only:

Thanks for filling out form!