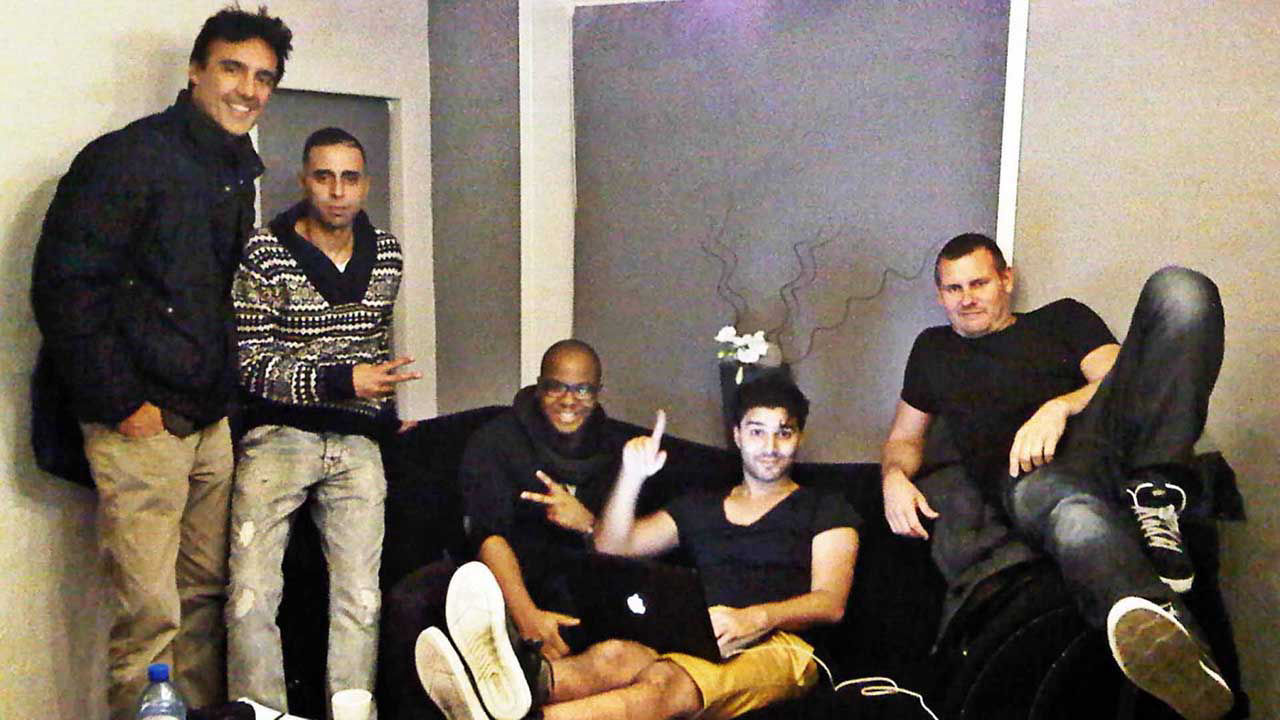 I always use to visit an old friend just to keep good old friendships.Fabian Lenssen was my old neighbor since we were kids and we always kept in touch every now and then. We grew up in the center of Amsterdam as children who spent time on skateboards and listened to music.

I called him up again at his new studio to tell him I was coming over to say Hello.That day he was busy receiving guests and doing business. One of the guests in the studio was Dj R3hab.They had been doing a lot of productions together lately and were working every day devoting time to new projects. I didn't stay too long because it was a pretty hectic afternoon.

From demo to final production: How the track SKYDROP was made ! 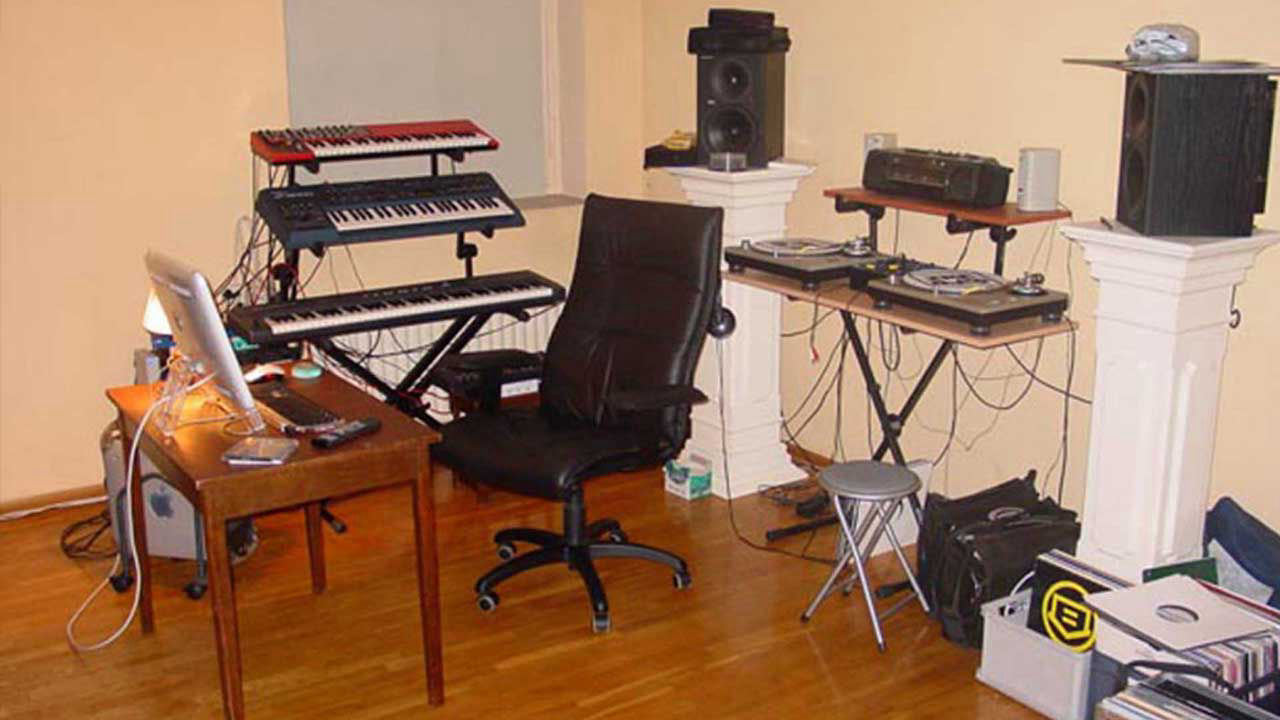 We sat in front of the speakers and listened to new ideas about music. Suddenly David Guetta called on Skype and R3hab spent about 30 minutes with him discussing new project ideas while we had a drink and hanging out on the studio couch, we stayed a little quiet so he could talk during the long distance call. After about an hour I was about to leave, and R3hab approached me to ask if I had a new track I can show that might be interesting for a collab together. He previously heard my song WTF?! which was released on Protocol Records with Nicky Romero and asked me if I had more similar songs. I told him I would look into it and get back to him by the end of the week. So we kept in touch.
I only had some old Jams at home.  But I promised I would come back to show it. I had this old funky bass line , but I still needed to finish the song.  I recorded it months before while testing out new bass samples from some sample pack.  So I quickly now wrote some trance synth chords to it . Which was easy because I used the exact same melody from the bass line.Than I finished the entire track with complete drums and some added FX with a random vocal hit, and the track was ready to show.  The next day I came back to the studio to show him the song..  He loved it and suggested we should use it as a collab. 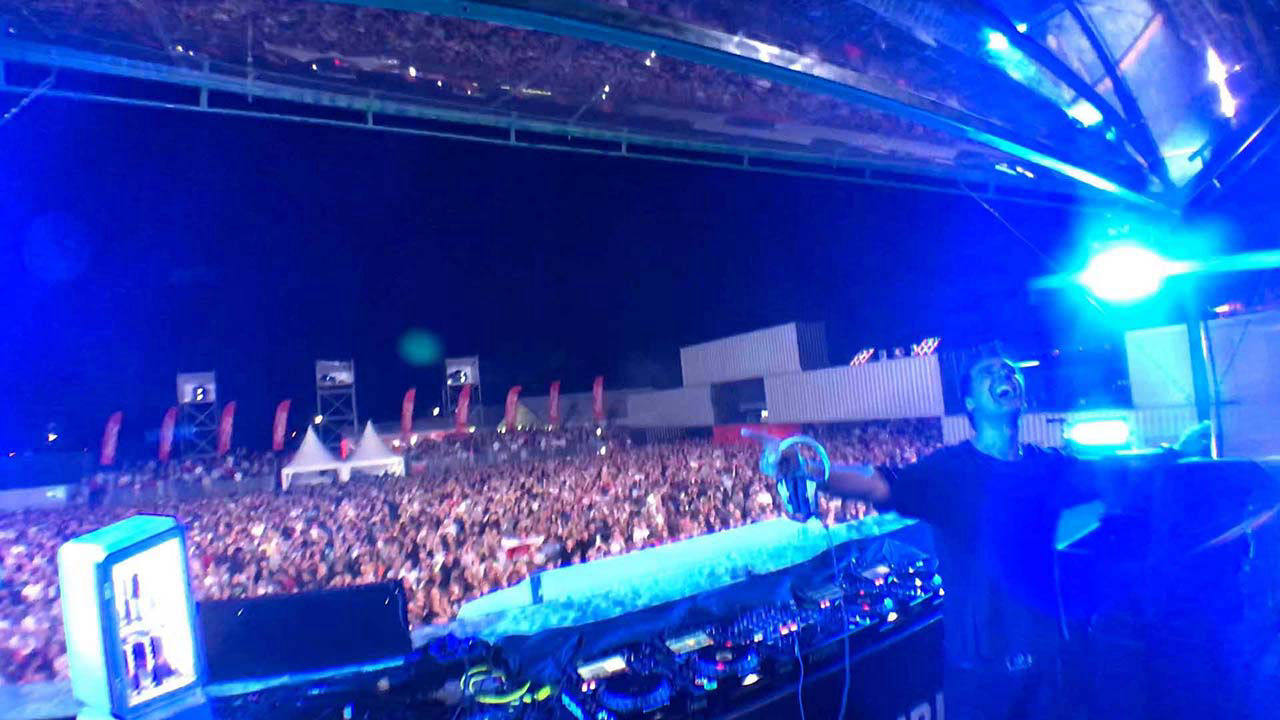 I gave him all the parts, and he took took care of the mastering and final EQ , and than he changed the position of the big break to an earlier position at the timeline, which was a good decision. I asked which record company was going to release it , and he said it was going to be on Tiesto’s label. How did that go I asked ?  Well , Tiesto loved the track and wanted to release it , but the problem was his busy schedule ,

and he could not release it any time earlier than after 6 months Than R3hab says that is too late so the track will go to ULTRA in New York !

But Tiesto answered , WHAT ? WAIT ! NO !  If you are going to ULTRA , than I will change my entire schedule and will release the track right now this week !  Are we having the deal. ?

And so all agreed to have it released on Tiesto’s label without any months delay ! The track got picked up by a lot of deejays worldwide and was a success ! I never expected that old funky jam would end up doing so well in the clubs!,

I didn't have a name for the track untill i showed it in LA to my good friend Steve Castro,. He just saw the movie from James Bond - SkyFall. And he suggested i should call the track SKYDROP. ! And so the name of the track was born !

Use this office phone and adress for ZROQ bookings only:

Thanks for filling out form!